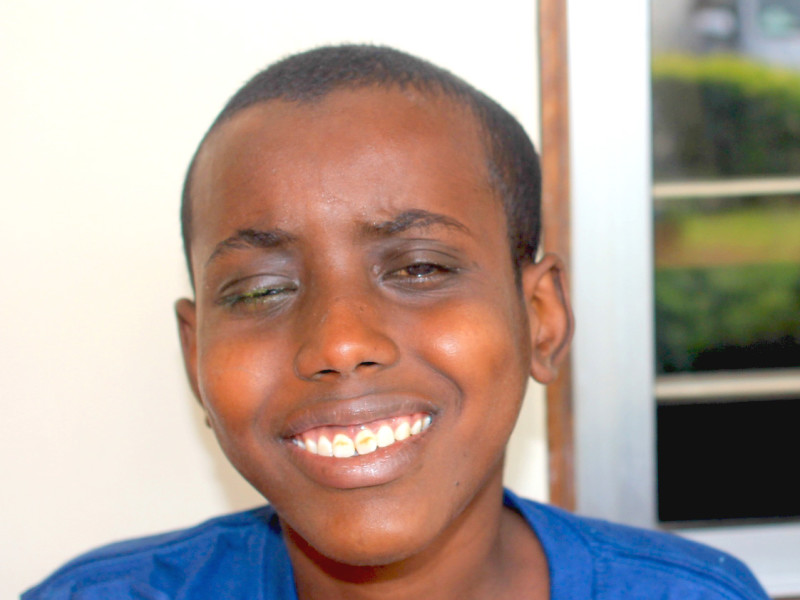 When Mohamed Abdulahi first came into my office, he was shy and lacking the normal confidence of a 13 year old boy. He had dropped out of formal school because of his inability to see which had also caused various social challenges. His vision problem was due to a longstanding, neglected cornea disease.

He lives with his mother in a remote part of kenya, where there is flooding and many security issues. He came to see us in Mombasa because his teacher at the school where he studies the Quran had noticed his struggle with reading and was moved to bring him to Lighthouse where he knew we would be able to help him.

We are so thankful to God, and a kind family somewhere out there who partnered with a cornea program from US Eye banks. After surgery, I was privileged to see Mohamed’s smile for the first time because he could clearly see. Beyond vision, he had relief and joy in his eyes.

He is still healing, but the cornea tissues from Dallas Eye Bank (Southwest UTC) and surgery has transformed his future and opened up many more opportunities for him. These are the experiences that make it worth it for me to continue on as an eye doctor.